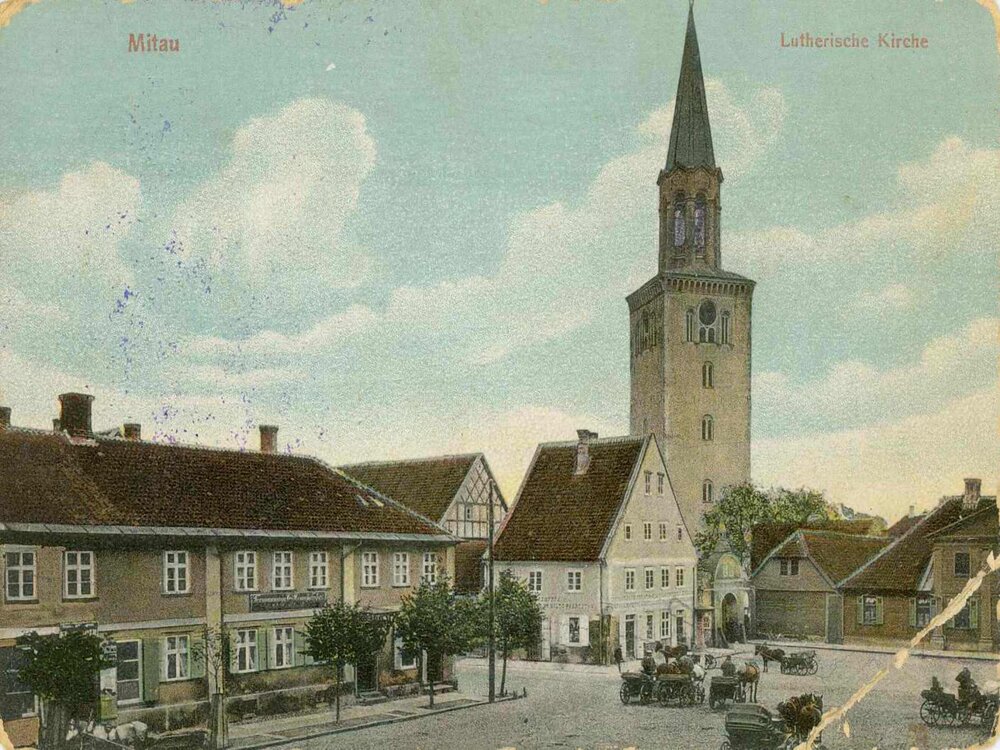 prev
next
View the embedded image gallery online at:
https://www.visit.jelgava.lv/en/holy-trinity-tower/history-of-jelgava-st-trinity-church#sigProId5595a7b167

The story of the tower of St. Trinity Church began in 1567, when Duke Gothard Ketler gave an order concerning building of a new church for the German congregation in Jelgava. In 1574, the construction of the stone building of St. Trinity Church was began, and it can be considered the first newly built church for a Lutheran congregation in the whole world. Architect of the church is Joris Jorissen Frese. Consecration of the church building took place in 1615.

The church tower was built in 1688 under the guidance of construction master Martin Knoch, and in 1862 the tower was rebuilt according to the project by Emil Strauss, raising it to the height of 80.5.

World War II proved fateful for the St. Trinity Church, as the town of Jelgava was destroyed at that time. Major damage was done also to Jelgava St. Trinity Church. In 1954, a part of the church altar was blown up, the walls of the building were removed, leaving the bell tower which became a military object.

In 2004, the tower was covered with a glass roof, and its height reached 50.17 metres, preserving the shape of the tower as designed by architect Knoch.

By attracting the financial resources of the European Union, the church tower was reborn on 16 November 2010 after the silence of 60 years; and currently it brings joy to the residents and visitors of the town as a place providing discovery of much new things, as well as excellent recreation.

More in this category: Open hours, prices, contacts »
back to top