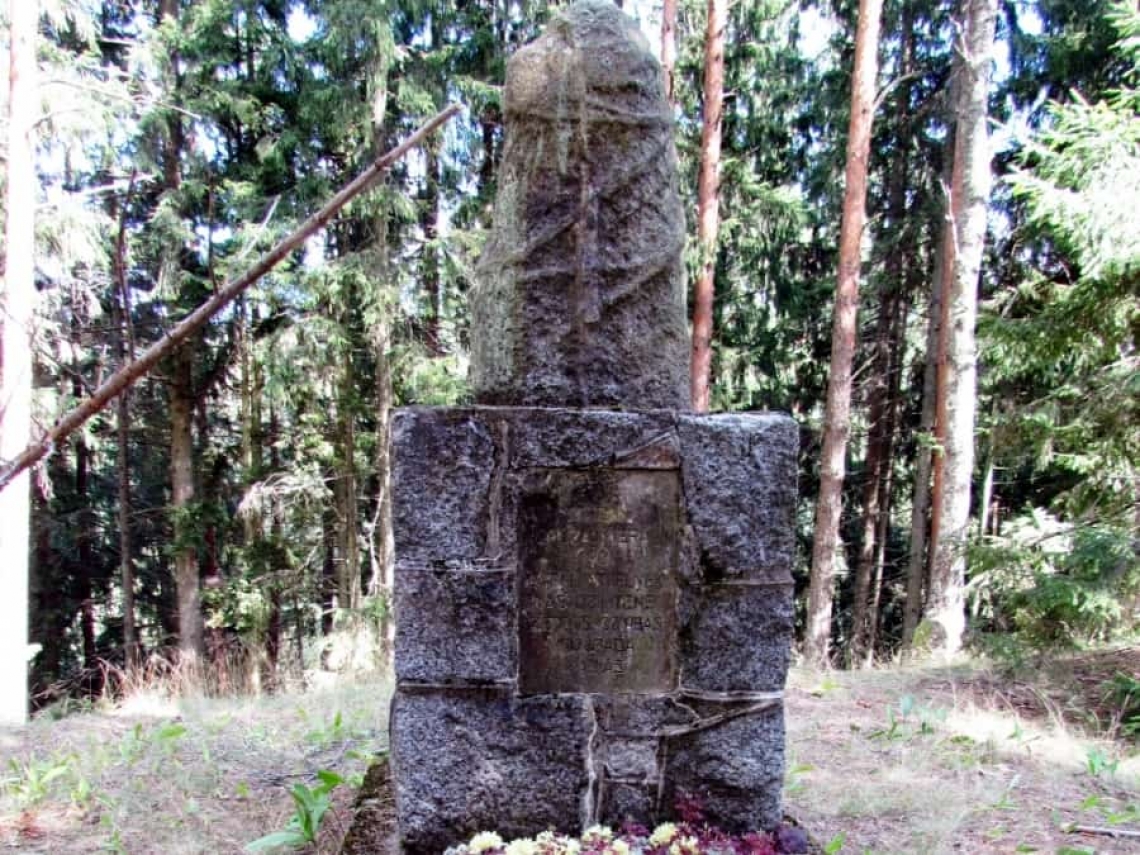 Krāču Hills (Krāču Kalni) are one of the biggest dunes of the ancient Littorina Sea. The highest part of this mound is situated 29 m above the sea level and 26 m above the surrounding plains. The Littorina Sea was the predecessor of the current Baltic Sea; it existed about 7000 – 5000 years ago. The dunes of the Littorina period are protected because of their significant geological value as evidence of the processes along the coastline of the ancient sea and the beautiful dune landscape.

During the World War I, the Russian army, including two Latvian riflemen units, had built its defence line in Krāču hills. German army units had positioned themselves on the southern side of the Ķemeri Raised bog on January 5, year 1917, the 12th Russian army began a major military operation to conquer Jelgava. This battle is known as the Christmas Battle.
The monument was set up in memory of the soldiers fallen in the battle. Every year on the 11th November Lāčplēša day and on the 18th November Proclamation Day of the Republic of Latvia, candles are lit in this place in memory of the fallen heroes.