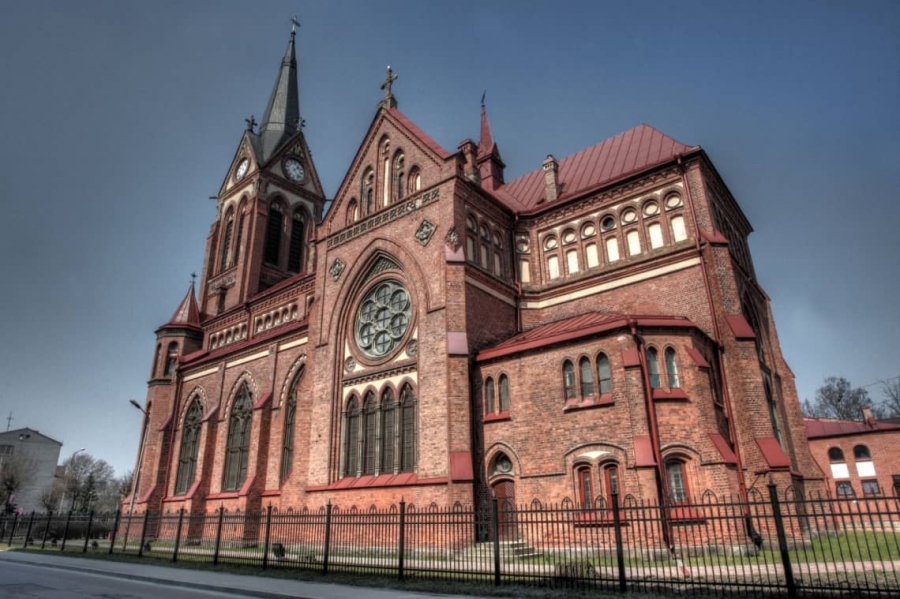 The church was designed by the architect K.E. Strandmanis and it was built in 1906. The church is in pseudo-Gothic style and it is splendidly decorated. There is a bas-relief The Last Supper above the entrance which is the art work of local importance. During World War II the church caught fire; the... Read more 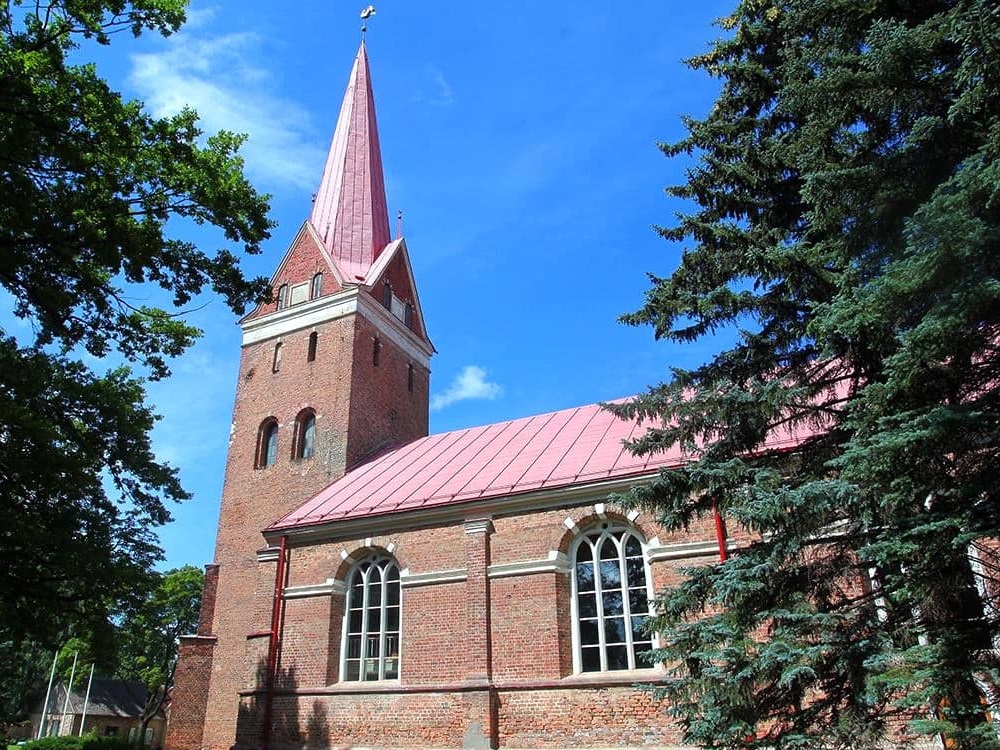 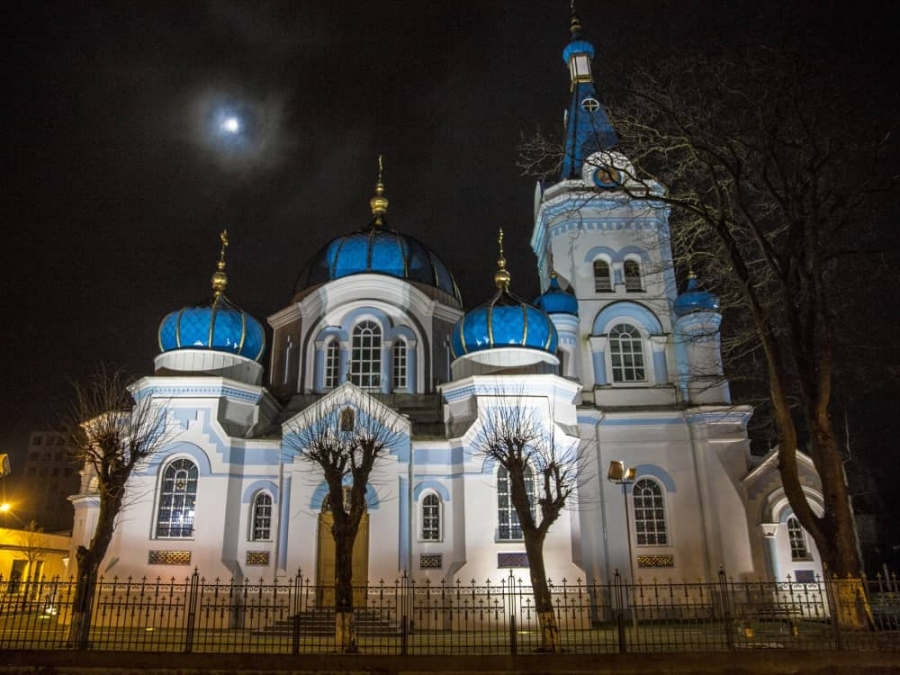 St. Simeon’s and St. Anna’s Orthodox Cathedral was designed by architect N.Chagin and built during 1890-1892, with the financial support of Russian Czar Alexander III. The altar and foundation remained from the previous church which was built in 1774 according to the design of the architect F.B.Ras... Read more 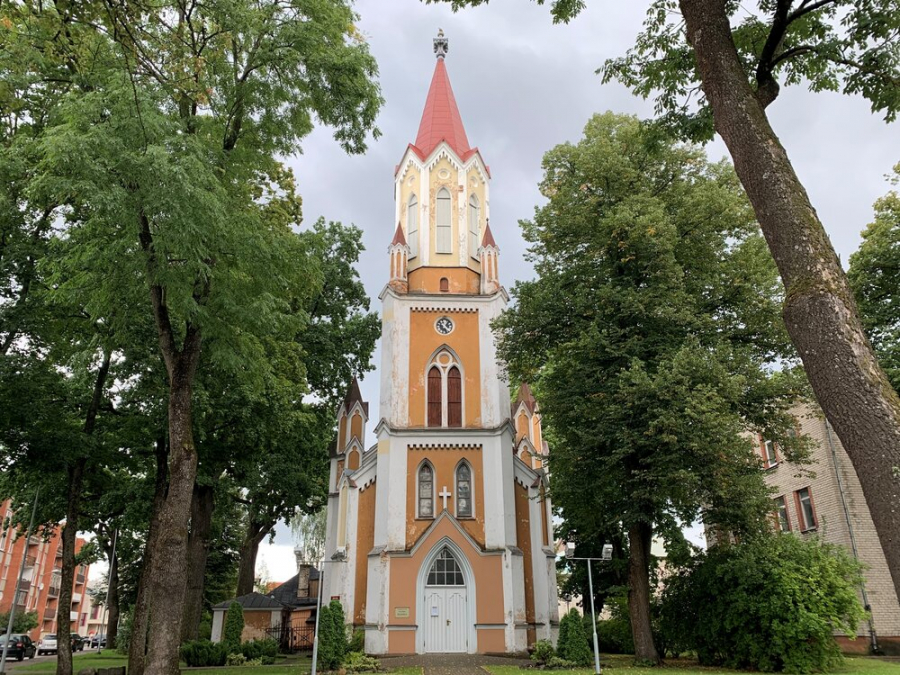 St. John's Evangelic Lutheran Church is one of the youngest Jelgava churches built in 1845 - 1847. Near to the church is the Alunāns Park and the Station Square, which used to be Jelgava’s Old Cemetery. Read more 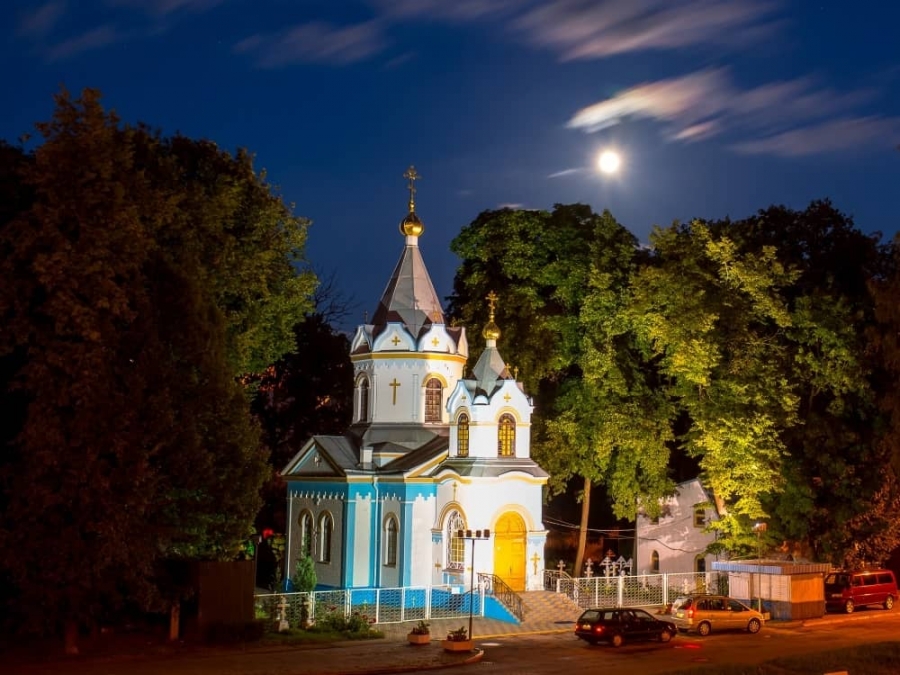 The church of the Dormition of the Holy Mother of God in Jelgava was blessed on August the 28th 1889 by one of the most renowned orthodox archbishops of Latvia, archbishop Arseniy. The church was built by V. A. Lunsky, at the time – the official architect of the eparchy.  Read more 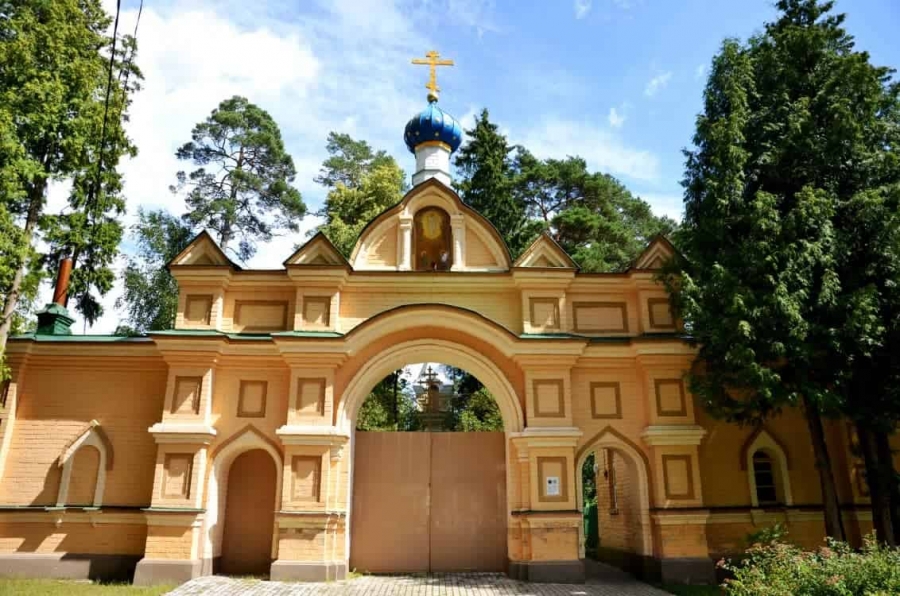 The construction of Orthodox monastery was initiated in 1897, when six sisters arrived from the monastery in Rīga and settled down in a small wooden house. Afterwards they built one church with the assistance of Kalnciems factory workers, then the second church in 1909. The monastery survived World... Read more 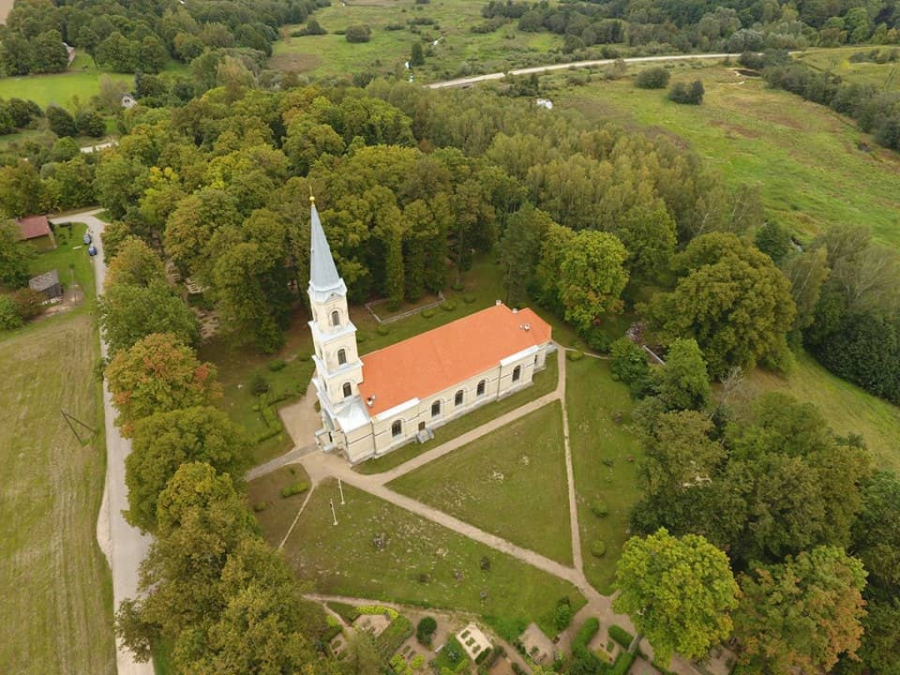 By the order of the Duke of Gothard Kettler, around 1571 Zaļenieki Lutheran Church was built to replace the Catholic Chapel. The current masonry building was completed in 1872. The dark oak interior creates very interesting and peculiar acoustics - sounds do not flow as in churches with high ceiling... Read more 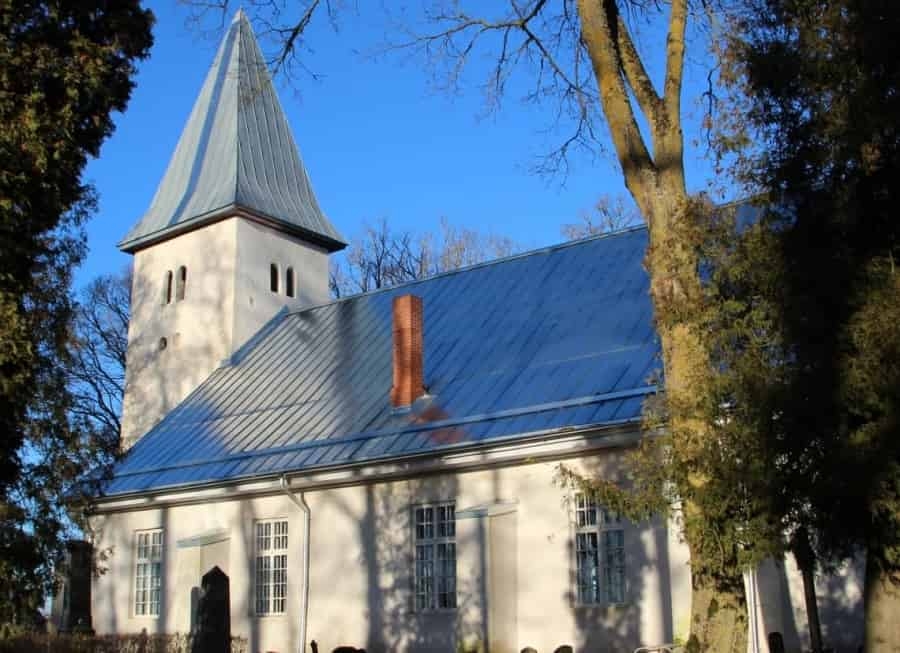 The oldest stone building in Jelgava county - it was built in 1595. The church suffered heavily in World War II. The items of artistic value which had survived were transported to the Rundale Palace Museum in the 70s of the 20th century. The interior of the church has been renovated for several tim... Read more 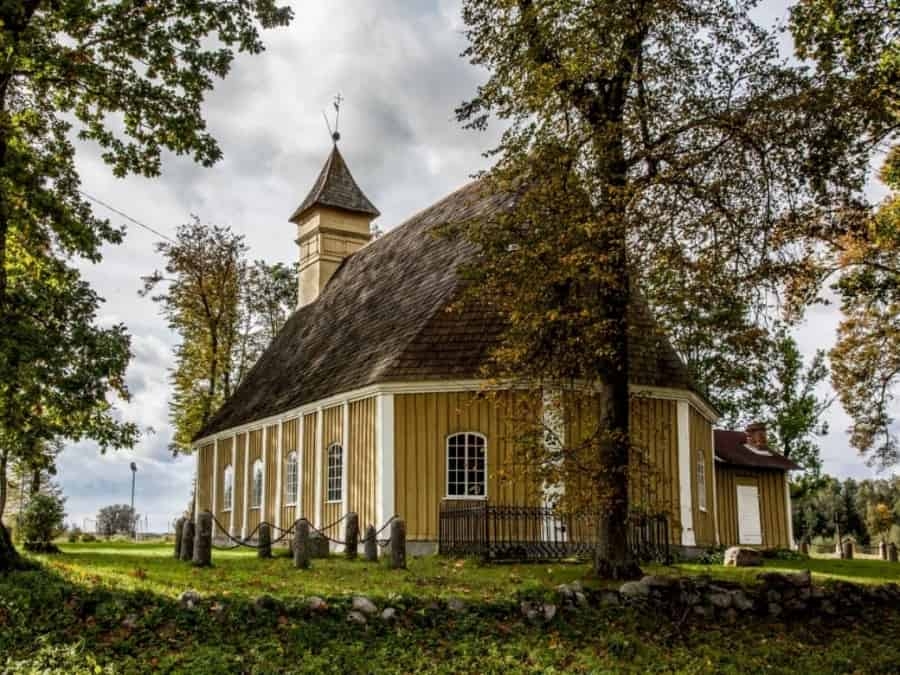 The church was built in 1684 from logs and covered with planks in the 19th century. It used to be a Lutheran church until 1729 when the baron of Līvbērze Manor - Lieven married a Polish Countess and adopted the Catholic faith. Read more 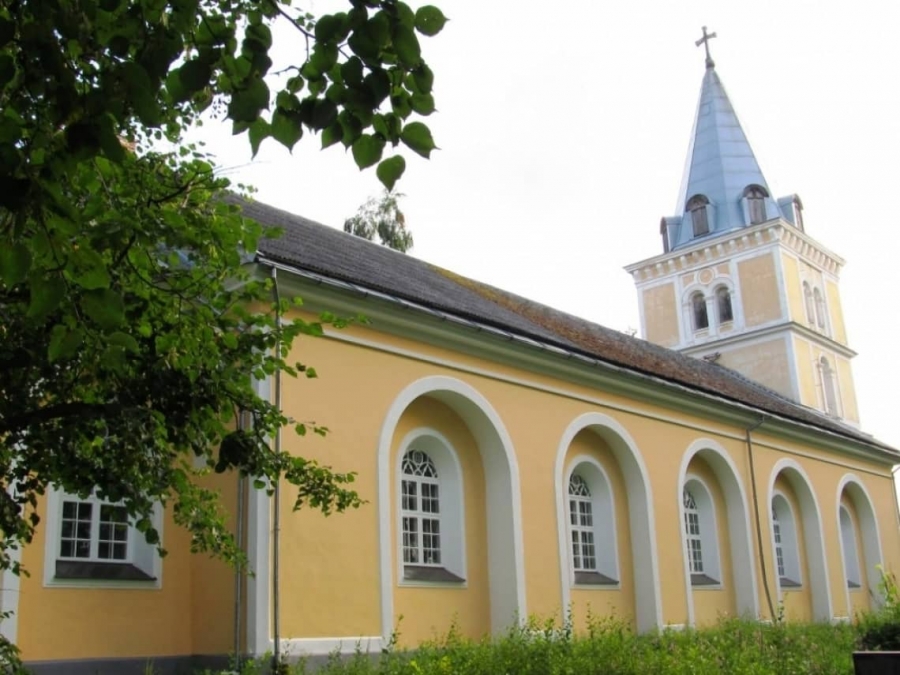 The stone church was built in 1633 to replace the original wooden church that was built in 1567 by order of Gotthard Kettler, the Duke of Courland. The church has typical features of a church of Courland: a rather modest exterior, but much decorated interior with an emphasis on the altar. Extensive... Read more

In 1869, by the design of the Russian governor's architect Nikolay Gusevich, a stone church was constructed in Dalbe with a tower on a pediment. The bell of the tower was cast in 1927. The church was built from torn rocks, and is one of the most remarkable examples of late 19th-century neo-gothic st... Read more