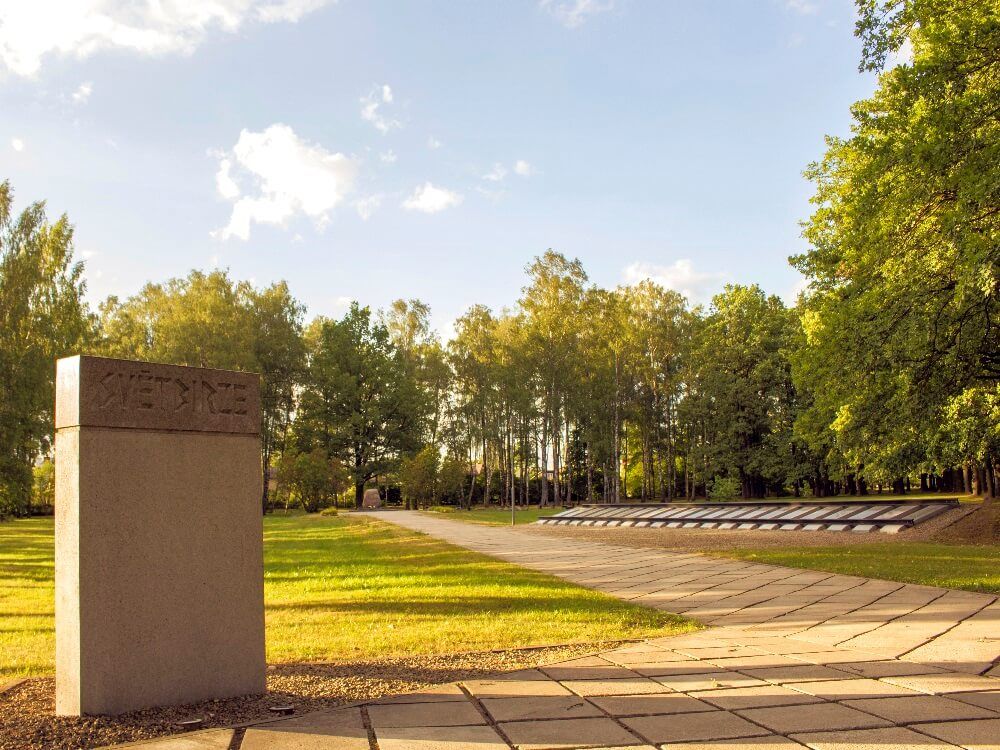 prev
next
View the embedded image gallery online at:
https://www.visit.jelgava.lv/en/sightseeing/monuments-and-memorial-sites/item/159-svetbirze#sigProId9282dfd367

The commemorative site was unveiled on June 14, 1989, to remember those citizens of Jelgava who suffered or died during the Soviet genocide against the Latvian people.

In 2008 the memorial Path of Suffering was unveiled in Svētbirze to commemorate the victims of repression. The memorial is 20 metres long and resembles the railway track.