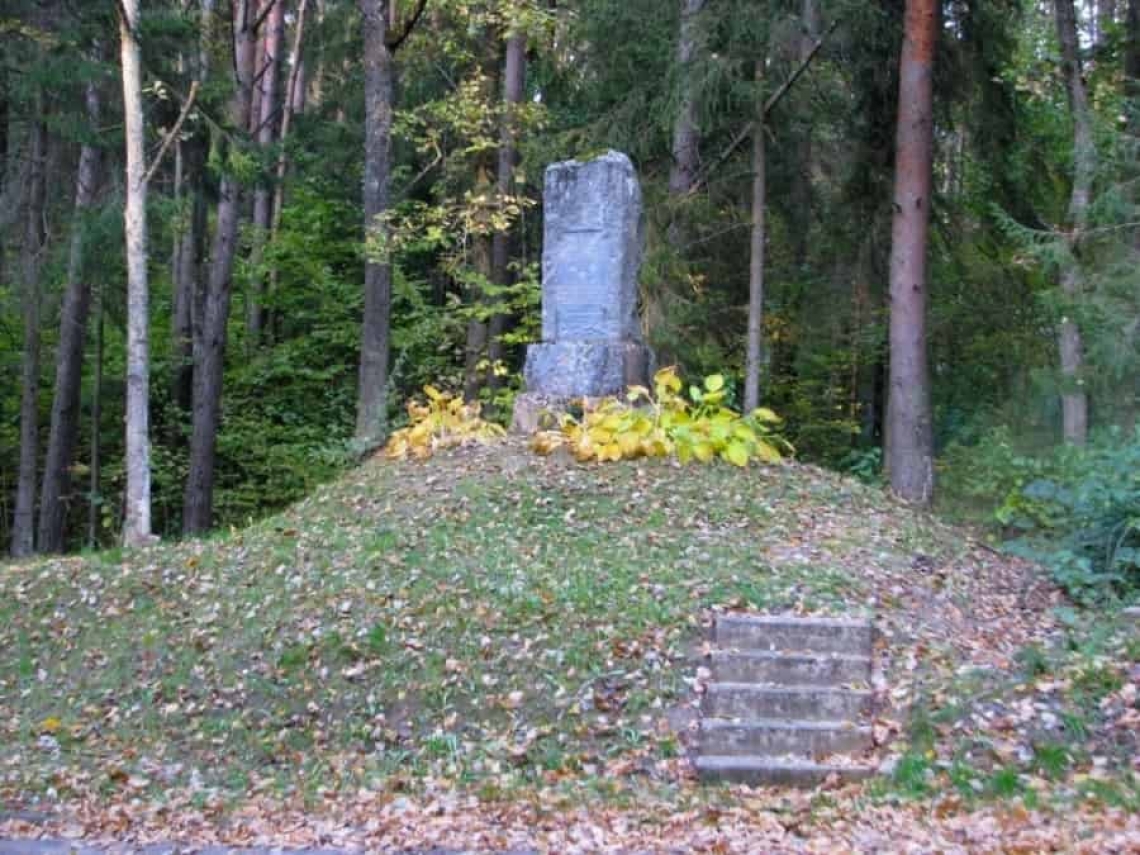 Monument to Commemorate Mūrmuiža Battle of 1705

In 1935, Latvian government together with the Swedish unveiled the monument by sculptor Pēteris Ārendts with the inscription in Latvian and Swedish at the place of the Mūrmuiža Battle: "On July 16, 1705, the Swedish soldiers, led by Adam Ludwig Levenhaup, won a stronger enemy". The Mūrmuiža battle took place on July 16, 1705, during the Great Northern War, along the banks of the Svēte river, near Mūrmuiža.