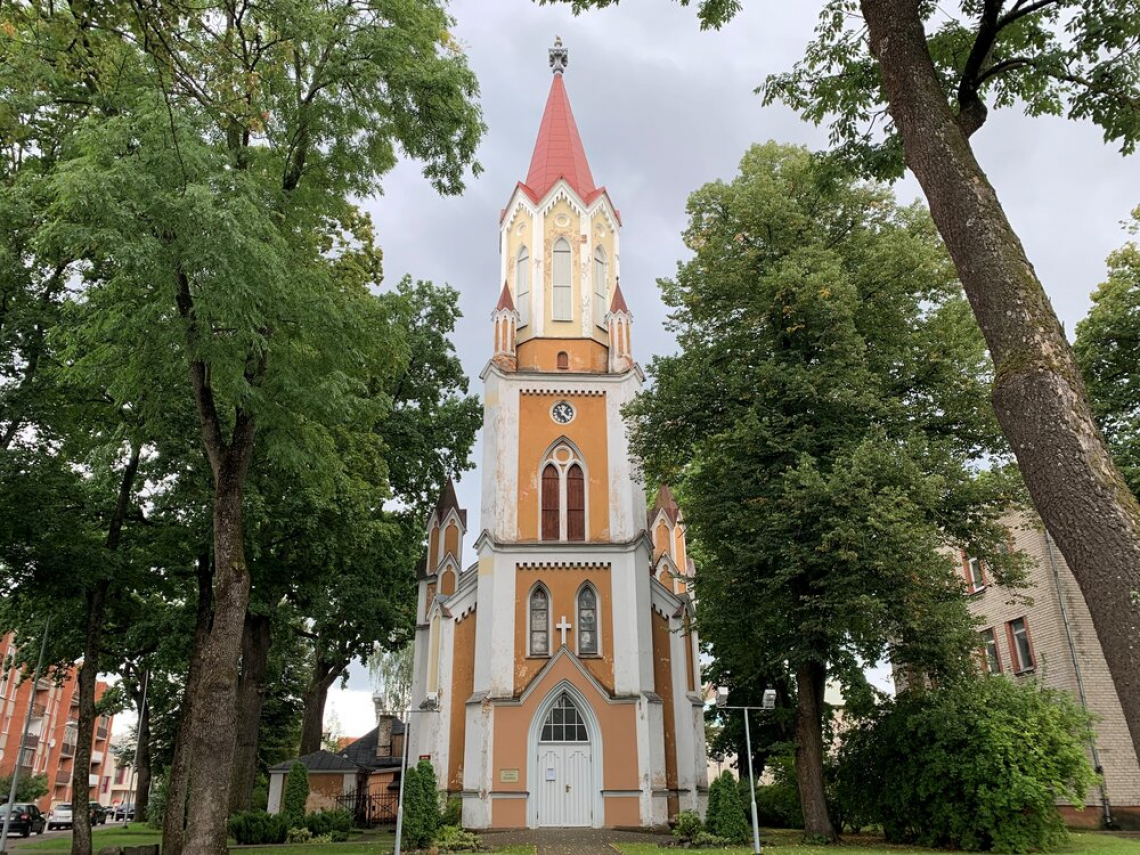 St. John's Evangelic Lutheran Church is one of the youngest Jelgava churches built in 1845 - 1847. Near to the church is the Alunāns Park and the Station Square, which used to be Jelgava’s Old Cemetery.

The origins of the church date back to 1780, when the Jelgava burgomaster H. Klox left his inheritance to build a new masonry church in the place where Anna's gates were located, later also known as Peter's Gate. They were named after the wife of Duke Gothard Kettler, Anna, who used the gates to travel to the manors in Vircava, Emburga and Rundāle. Already in 1705, there was a town's poorhouse and a graveyard with a small wooden church called the Poor church by people. However, only in 1845 - 1847, a masonry church was built to replace the wooden one, which was named St. John’s Church in 1862. In 1882, the present church tower was built. Since 1865, the altarpiece is the painting by J. Dering Christ on the Cross with Mary and John.

back to top
Jelgava, Jāņa iela 1

This email address is being protected from spambots. You need JavaScript enabled to view it.
Working hours - please call