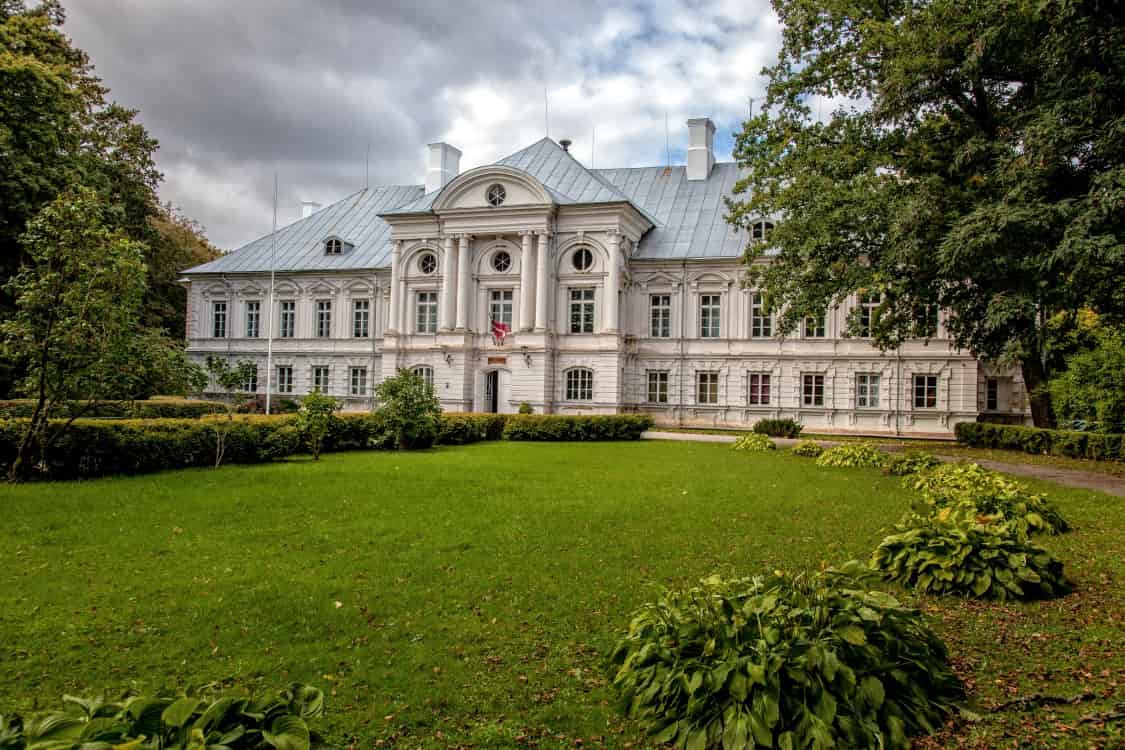 prev
next
View the embedded image gallery online at:
https://www.visit.jelgava.lv/en/sightseeing/castles-and-manors/item/86-zalenieku-zalas-muiza#sigProIdd2199f8a93

Duke's hunting residence Green Manor is a unique architectural example of the Duchy of Courland. The building is relatively well preserved and has not been damaged or burned. There are historically significant interior elements in the manor that date back to the middle of the 18th century and in the 19th century. Despite the loss and reconstruction in the middle of the 20th century, the building still contains a huge amount of significant original architectural elements, which is rarity in other Latvian manors.

The evidence from the 18th century is the interior decoration ceiling cornice in the halls, vaulted ceiling decoration of the lobby and parquet fragments in some rooms. Unique wall paintings have been revealed under the layers of paint in the central hall. The 19th century interior examples are the ceiling paintings, which depict illusory frames with Empire and Renaissance motifs, stair baluster handrails and a marble fireplace built in late rococo style.

The Park of the manor is a delight with its calm, quiet and shady atmosphere.

*The price includes a tour of the manor and a visit to the House of Restoration. The duration of the excursion is 1-2 hours.

Viewing of the Renovators’ House and active participation:

Additional information and reservations for group visits:
Phone: +371 26469253
E-mail: This email address is being protected from spambots. You need JavaScript enabled to view it.