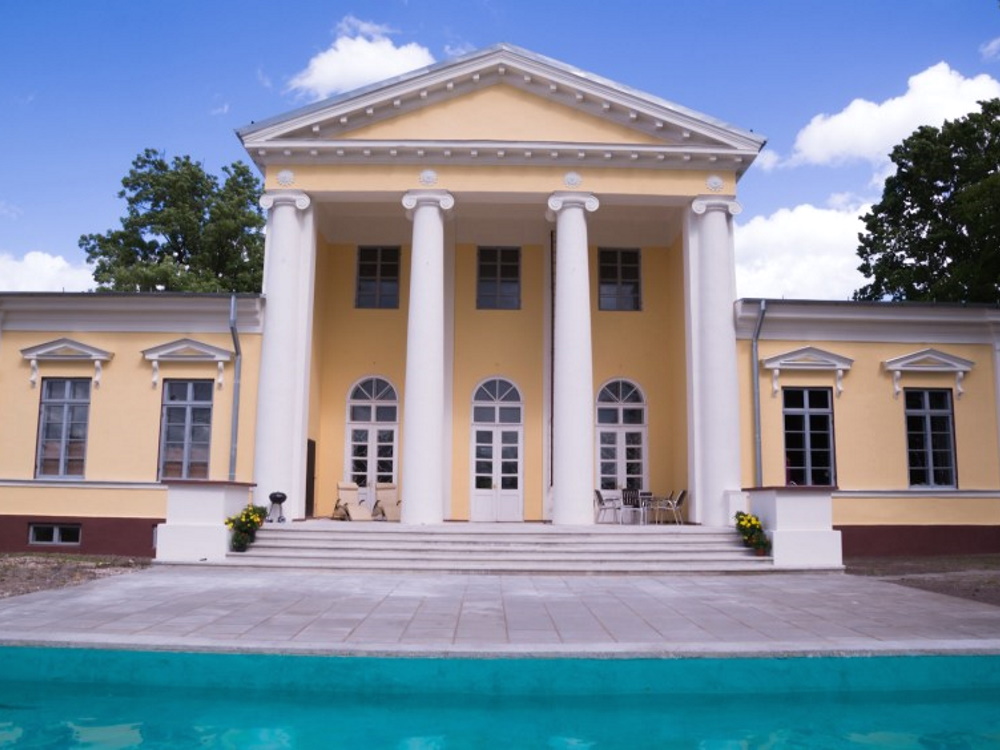 prev
next
View the embedded image gallery online at:
https://www.visit.jelgava.lv/en/sightseeing/castles-and-manors/item/3951-muiza-villa-medem#sigProId4aa3ba8fc5

Medem family city residence Villa Medem was built in 1818 based on a project of Adam Berlic and it was considered his greatest masterpiece in the whole dukedom.

The family property was built by the brother of the last duchess of Kurzeme Dorothea - earl Janno von Medem. During the Second World War the Ville Medem was burning, but the walls and the portico survived. In 1946. it was decided to restore the building which was an unusual decision for Jelgava, as many architectural masterpieces damaged or burnt during the war were simply demolished. Villa Medem recovered the original look and shape of its facade by taking down the extensions added at the later years. There were new elements added to the building and it was adapted for the needs of Jelgava flax factory clubhouse. The interior of Villa Medem has not survived and currently the building is in the process of change to be reborn again.

Villa Medem is available for group tours, with prior booking.

back to top
Jelgava, Uzvaras iela 55