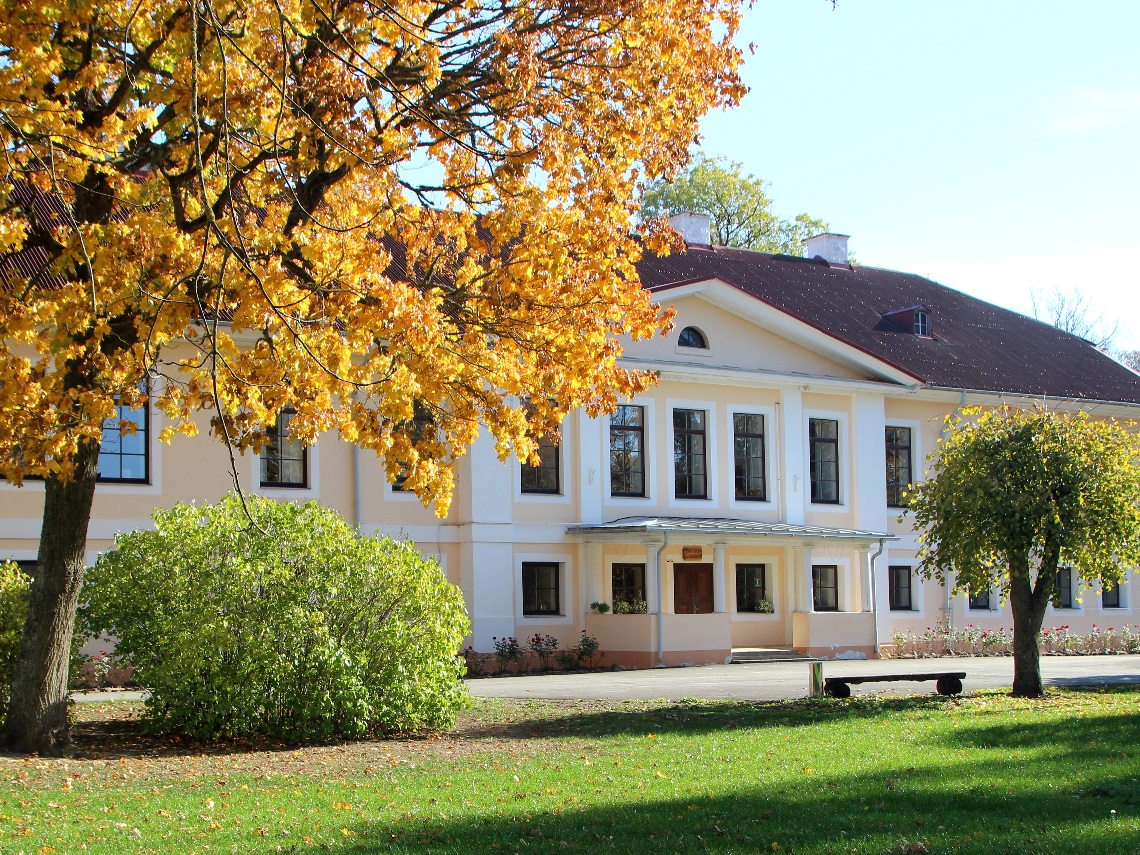 prev
next
View the embedded image gallery online at:
https://www.visit.jelgava.lv/en/sightseeing/castles-and-manors/item/145-lielvircavas-muiza#sigProId9f5a69d7ed

The old manor house of Lielvircava Manor (Groβ-Würzau) was built between 1803 and 1808 by Baron Dionysius von Kloppmann. The Kloppmann family has ruled here for 400 years. In 1822, the manor was purchased by Dietrich von Grothuss and in 1829 gifted it to his daughter Adelheide, who married Baron Wilhelm von Hahn. Thus, the Hahn family became the owners of the manor, and various members of the family lived there until the Agrarian Reform.

In the middle of the 19th century, the manor house was rebuilt with features of classicist style using various interior details from the old manor house. In 1920 the manor was transferred to state ownership and divided into new households, but the manor house was handed over to the parish municipality, which set up meeting premises and, from 1924, a four-class primary school in the parish.

During 2013–2021, major renovations were carried out in the rooms of the manor house. The descendant of the Kloppmann family, Georg Peter Baron von Kloppmann, donates 19th century manor furniture and household items to the manor for the creation of an exhibition. The deposit of Georg Peter Baron von Kloppmann is historically significant not only in Latvia, but in the whole Baltic region, as historical treasures of this scale have never been deposited in any cultural and historical site before.

Every year, the manor organises various events and historical reconstructions relating to past times – portraying historical times and events.